A collaborative encyclopedia, that anyone can edit, for the Japanese female acts of LDH who are part of the LDH Girls website.

December 29
Takebe Yuzuna's new group announced
On December 28, during the LIVE×ONLINE BEYOND THE BORDER E-girls LAST LIVE concert, it was announced that Takebe's new group will be SWEET REVENGE, which will include 4 other members. After E-girls' disbandment, she will also change her stage name to YUZUNA.
December 15

On December 15, YURINO and Suda Anna announced that both will be leaving LDH JAPAN following E-girls' disbandment on December 31. Both members made this decision after E-girls decided to disband, and after reflecting about it, they also want to face new challenges and start a new life after the disbandment. As for their respective groups, Happiness will continue activities with the remaining 5 members, while Sudannayuzuyully will be also disbanding on December 31 as Takebe Yuzuna would be the only remaining member in the group. In addition, it was announced that both groups will be performing at the LIVE×ONLINE BEYOND THE BORDER E-girls LAST LIVE on December 28 as YURINO and Suda's last activity in Happiness and also the last activity of Sudannayuzuyully.

On June 15, with the announcement of LDH's new entertainment platform CL, EXILE HIRO revealed that the members and staff were in discussion about the group's disbandment as the members expressed of wanting to meet the fans for at least one last time, and depending of the circumstances, it could get delayed to 2021. On November 28, they came to a consensus of going on with the disbandment plans as originally planned for December 31, 2020. Following the announcement, it was also announced that the E.G.family project will also be discontinued, with the mobile site of E.G.family being renamed LDH Girls mobile on January 1, 2021, and the fanclub website E.G.F.C. will be closing in the same day.

September 20
Washio Reina to make solo debut on October 2 under the stage name Rei
June 10
LDH announces that all current scheduled tours of all LDH artists are cancelled
In the announcement, it was revealed that after discussions with LDH's coronavirus specialist team, they stated that it is very difficult to hold the concerts with 100% of the audience attendance following the current state of the COVID-19 pandemic in the country. Due to this, all scheduled concerts from February 26 to December 26 are cancelled, with the tickets of all cancelled shows being refunded. In addition, LDH plans to hold a new form of live entertainment in accordance with the guidelines of Japan's government, which is planned to be announced in LDH's website on June 15.
April 8
LDH announces that all tours with scheduled shows in May were cancelled
March 28
Two April concerts from E-girls PERFECT LIVE 2011▶2020 tour cancelled to prevent spread of coronavirus
March 9
Concerts from E.G.family acts to be available for streaming for a limited time starting tonight (premieres at 18:00 JST) until March 31 on LDH JAPAN's YouTube account
This is part of a special made by avex to compensate the cancelled concerts and events during February and March due to a request by the government to prevent the spread of the coronavirus. About 40 concerts were available throughout March 9 to March 31.
March 6
Three more concerts from E-girls PERFECT LIVE 2011▶2020 to be postponed/cancelled
February 27
Two concerts from E-girls PERFECT LIVE 2011▶2020 tour cancelled to prevent spread of coronavirus
February 22
Dream Ami announces she got married to architect Handa Yuto
January 1
Dream Aya announces that she will be working as a graphic designer and photographer independently, outside of LDH 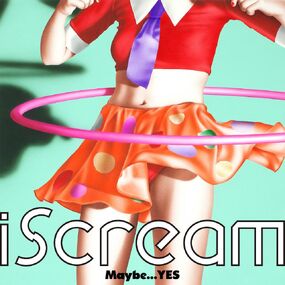 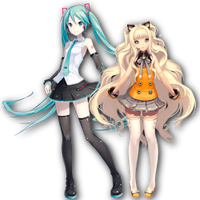 Go to these sites for info or for help with your own wiki!

Want your community included? See how!

Retrieved from "https://ldh-girls.fandom.com/wiki/LDH_Girls_Wiki?oldid=18400"
Community content is available under CC-BY-SA unless otherwise noted.