"STRAWBERRY Sadistic" (STRAWBERRY サディスティック) is a song by E-girls. It was released on June 15, 2016 as part of the HiGH&LOW ORIGINAL BEST ALBUM soundtrack.

The song is theme of the Ichigo Milk (苺美瑠狂; Strawberry Milk) team in the drama, where members Kaede, Sato Harumi and Yamaguchi Nonoka are part of.

A remix of the song by CLARABELL was included on E-girls' 16th single "E.G. summer RIDER", released on July 20, 2016. The original song was later included on the group's fourth album E.G. CRAZY.

The music video can be found on the following releases: 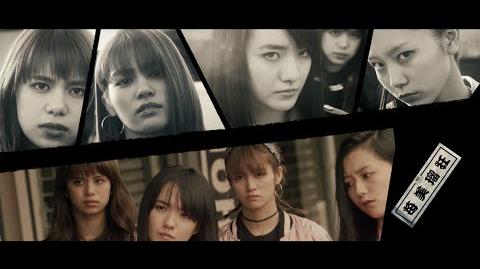 Retrieved from "https://ldh-girls.fandom.com/wiki/STRAWBERRY_Sadistic?oldid=15142"
Community content is available under CC-BY-SA unless otherwise noted.