Single by Flower
from album THIS IS Flower THIS IS BEST

THIS IS Flower THIS IS BEST Tracklist

"Yasashisa de Afureru You ni" (やさしさで溢れるように; Like It's Overflowing with Kindness) is the twelfth single of Flower. It was released on June 1, 2016 in three editions.

The song is a cover of the 2009 song of same title by singer JUJU and was used as theme song for the movie Shokubutsu Zukan ~Unmei no Koi, Hiroimashita~. It was pre-released digitally on May 25, 2016 with the 2016 version of "Taiyou to Himawari", which is included as one of the b-sides of the single.

The single was certified Gold by RIAJ for selling more than 100,000 copies digitally. 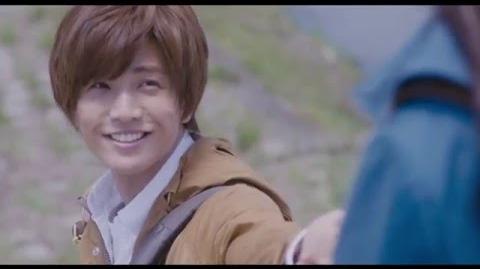 On April 13, 2022, Rei released a solo cover of the song in her first album Just Wanna Sing, included in the limited edition 2 of the album as the track #1 of the disc 2.

Community content is available under CC-BY-SA unless otherwise noted.
Advertisement